5G risks: a myth or a reality? 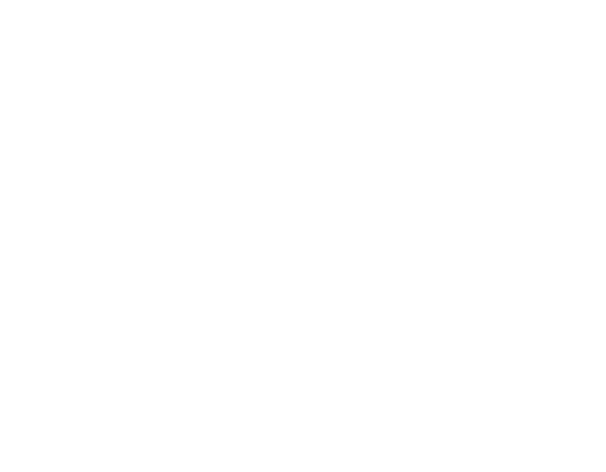 The global community is concerned about the potential health consequences of the deployment of the next-generation 5G network. More than 100,000 people and organizations from 187 countries have signed a petition against the implementation of 5G. This tendency cannot fail to reach Kazakhstan, which will complicate the launch of the network in the country.

The information flow on the health effects of 5G can be divided into two blocks. On one hand, there’s an active spread of information about the harmful impact of technology. On video-platforms, one can find a lot of materials with loud headlines, literally screaming about the dangers of technology. In the news, there are materials about the mass death of birds, allegedly related to the testing of the 5G network.

The harmful effects of 5G are argued using higher frequencies, which increases the intensity of transmitted waves. The higher the frequencies, the shorter the waves become, which in turn requires a denser arrangement of base stations. Radiophobia of people has to do with the fact that 5G base stations will be ubiquitous, including, for example, lamp posts and traffic lights.

On the other hand, (and no less loudly) there are claims that 5G technology is harmless and does not impose any risks to human health. The position of protecting the technology so far is argued by the lack of conclusive evidence of the harm of electromagnetic radiation in the radio frequency range.
There is no conclusive scientific evidence for the negative effects of electromagnetic fields.
The truth is, as always, lies in the middle. The radiofrequencies that will be used for the next-generation 5G network are not entirely new and unexplored. The radiofrequency spectrum has been used over the past decades in mobile communications, base stations, and other wireless technologies. This spectrum has been researched for the last 50 years by different groups of scientists on the matter of potential health effects of the generated electromagnetic field (EMF). According to the conclusion of the World Health Organization (WHO), at the moment there is no experimental evidence of the harm of electromagnetic radiation from mobile devices at radiation levels below the maximum permissible limits recommended by the International Commission on Non-Ionizing Radiation Protection (ICNIRP).

However, the potential of the negative effects should not be ruled out. In 2011, the International Agency for Research on Cancer (IARC) classified radio frequency electromagnetic fields, including those generated by mobile communications, as “possibly carcinogenic” - potentially causing cancer. Scientists have investigated the relationship between electromagnetic fields generated by mobile equipment and the risk of developing brain cancer, and no direct causal relationship was found. It should be noted that coffee and pickled vegetables as well are classified as “possibly carcinogenic”.

There are several experiments confirming the possibility of the negative influence of electromagnetic fields on living organisms. In the USA, within the framework of the National Toxicology Program (NTP), a study of the effect of 2G and 3G in rats was carried out for 10 years. The experiment showed that males exposed to electromagnetic radiation from 2G and 3G throughout their lives have an increased incidence of cancers of the heart, brain, and adrenal glands. These results were later confirmed by a study of the Ramazzini Institute. However, the scientific community notes that these results cannot be directly compared to the impact people receive from using mobile phones. During the experiment, rats were exposed to radiation all over the body, while people are directly exposed only in the areas close to the phone. Moreover, the level of the electromagnetic field and the duration of exposure used during the experiment were much higher than it is during the actual use of mobile technologies by people.

5G technology relies on the use of higher frequencies in the radio spectrum. Radiation from radio waves is of the non-ionizing type and does not have enough energy to alter DNA. An increase in body temperature is the only scientifically proven effect of radio frequency fields on humans. However, even the risk of an increase in body temperature is possible only in an industrial environment with high tensity. In ordinary life, people are exposed to weaker electromagnetic fields, which are not able to raise the temperature of the human body.
International organizations recommend softening the rules
Guidelines for exposure limits of radio frequency electromagnetic fields are provided by ICNIRP and IEEE. The ICNIRP recommendations are currently in the process of being revised. Extensive research is underway around the world to investigate the potential health effects of 5G and other mobile devices. According to preliminary results, radiation levels from 5G will be below current limits. In general, it is possible to make some changes to the maximum permissible limits due to the technical features of the 5G network, however, significant changes in the recommendations are not expected.

Due to the deployment of the 5G network, the International Telecommunication Union (ITU) and the World Health Organization (WHO) suggest that countries reduce the limits of the maximum permissible electromagnetic fields and set them in accordance with international recommendations. Local standards for electromagnetic field (EMI) norms in most countries are based on international standards. However, there are a number of countries (Poland, Russia, Italy, Switzerland, the city of Paris and some regions of Belgium) that have set EMF limits 10-100 times lower than the recommended standards, that is, 10-100 times stricter.

Further research is required
The World Health Organization (WHO) notes that although there is currently no scientific evidence of the negative health effects of mobile technology, lengthy studies are needed to investigate the long-term effects. Thus, today there is no way to make firm unambiguous conclusions given the lack of data on the effect of the use of mobile phones for a period of more than 20 years. Only complex and long-term studies covering the period of several decades will be able to show the full picture and objectively assess the long-term effect of the use of mobile technologies. So, for example, the relationship between smoking and the risk of lung cancer have been identified only 20-25 years after the start of mass production and popularization of cigarette products.

Currently, 5 types of research are being practiced in the world to assess the radio frequency effects on human health:
Type of research;Characteristics
Epidemiological research;› identification of medium and long-term effects and relationships Human laboratory studies;› controlled environment avoids the influence of extraneous factors ;› identification of short-term effects ;› limited to the study group Animal studies;› assessment of the effect on the whole life span ;› limitation: significant differences in the physiological systems of humans and animals Cell research;› least costly ;› free from ethical restrictions ;› limitation: it is not always possible to assess the effect on the whole organism Impact assessment (dosimetry);› may include mathematical models and physical measurements to simulate the electromagnetic field
The most important are epidemiological studies since they allow observing the changes in human health in the natural environment. Human laboratory research can reveal the direct impact of technology on a person, but, like any laboratory research, it has several limitations, including ethical ones.

Despite the particular importance of long-term research, it is important to conduct shorter-term experiments, such as testing on animals and cells before full-scale implementation of the technology. For example, Russia plans to conduct an animal study to assess the level of radiation from 5G. Dosimetric studies based on mathematical modeling will be relevant directly in the planning process to prevent exceeding the maximum permissible limits. In general, an integrated approach is needed, including research that examines both the short-term and long-term effects of the use of technology.
Kazakhstan needs to get involved in the research
Further research into the health effects of electromagnetic fields is critical, especially given the increasing popularity and use of mobile technology in recent years, both among adults and children. With the development of a new generation network, frequencies above 6GHz are of particular interest, allocated for the next-generation 5G network, which have not been fully investigated before.

Today, comprehensive studies are required based on the experience of countries and international organizations to identify the effect of the electromagnetic field from 5G on human health. Kazakhstan needs, both independently and together with the international community, to conduct comprehensive studies because no one denies the potential for negative impact, and the question of the harm of technology, with a large-scale deployment, will concern the health of the entire population of the country.
All