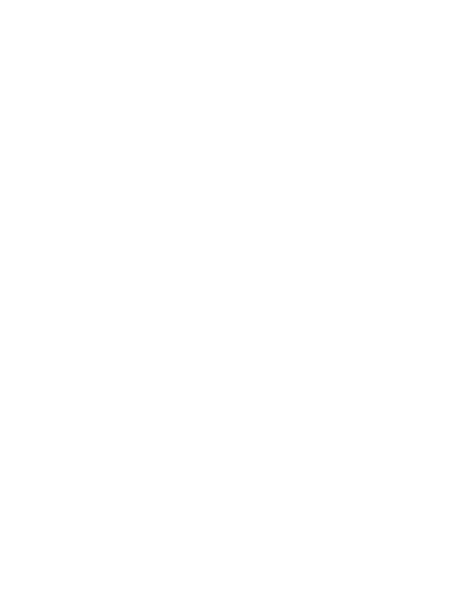 Today the opinion is firmly entrenched that the Kazakh transit of power began in March this year, with the transfer of presidential powers. Experts are talking about this, society is discussing. I would suggest considering March as the "official point" of transit.

In our country, the police are considered as the personification of the state system. Therefore, the criticism of the Ministry of Internal Affairs should not be perceived as a failure of one of the national programs. And from the moment this criticism appeared and developed, the transformation of the work of the Ministry of Internal Affairs had to become the main task. But, as usual, priority is given to what blazes more strongly, therefore, instead of reforming the security sector, we are now solving social problems.
How discontent grew
The discussion about the need to reform the Ministry of Internal Affairs has been going for a long time, but it had a narrowly professional nature. As an expert, since 2009, I have repeatedly spoken in various media about the reform of the law enforcement sector. But the discussion did not go beyond a narrow group of the expert community, did not find any response among the broad masses.

Unexpectedly, at the end of 2017, my interview about the need to reform the Ministry of Internal Affairs to the total.kz portal gained more than 100 thousand views. The topic was picked up by other media, and it suddenly became the most popular and discussed topic of the week.

At the same time, nothing supernatural, radical, or fundamentally new was said in the interview. Only a statement of well-known facts confirming the need not for point changes, but for global reform. However, the news went viral: dissatisfaction with the public security system was as evident as ripe apple ready to fall.

The attempt to “catch the apple” was taken. In May 2018, the Security Council met precisely on this issue - they discussed the need for early reform of the Ministry of Internal Affairs. But the practical implementation as always was late, and after a couple of months, the system approached the bifurcation point.

An emergency in the town of Arys happened a year later. The whole society was engulfed in a discussion about what was happening in the security sector, now on a global scale.
Don’t believe
It should be noted that security reform is one of the most researched by experts specializing in government systems. The police and the army exist almost everywhere, but very few countries can demonstrate the effectiveness of reforms in this sector. Institutional reform analysts agree that changing a “closed” system (that is, as isolated as possible from the influence of other institutions) is easier than changing open systems. That is why changing, for example, the professional army and the prison system is easier than reforming the police.

In matters of reforming the law enforcement system, everything is strongly “tied” to the ultimate recipient of services - the population. If the population does not believe in reforms, in their effectiveness, then any well-thought-out institutional change will not bring results.

If you transfer this to our reality, the picture is as follows. Despite criticism of the work of Minister Kalmukhanbet Kasymov, changes still took place under him. For example, the streamlining of work on the issuing and replacement of license plates and the emergence of auto PSCs (Public Service Centres). This cut off a huge layer of corruption, simplified, and significantly accelerated public service. But the reform went almost completely unnoticed and did not affect the image of the police in any way. Another reform, which again goes against corruption schemes, is the simplification of migration procedures and the creation of migration PSCs. And again - this was taken for granted not affecting the work of the police.
There are too many policemen
The situation is complicated by the fact that the perception of the police by the population is very subjective. People believe their own eyes more than numbers. An experiment was conducted in the United States: in one of the cities, the number of patrolling cars on the streets was increased. At the same time, the police for the most part simply demonstrated their presence, without active intervention: not picking up sleeping homeless people from the street, not dispersing the crowd of teenagers. An opinion poll at the end of the experiment showed a significant increase in trust in the police, although the crime rate remained at the same level as before the experiment.

That is why one of the theories of criminology and sociology says that neither the number of police officers nor their work affect the crime.

It seems strange and too revolutionary, but the theory is confirmed by the Kazakhstani reality. The reduction in the staff of the Ministry of Internal Affairs, which began in 2019, did not affect the state of crime in any way.

Before the reform, there were more than 160 thousand police officers. In the first quarter of the current year, 10.5 thousand police officers were dismissed in the country, and now there are 149 thousand employees of the Ministry of Internal Affairs in the country. This is too much - in fact, the number equals the population of a small town. Today there are 800 police officers per 100 thousand of the population. If we add to them the army (according to unofficial data, about 74 thousand people), it turns out that in aggregate 220 thousand people monitor the security in the country. A quarter of a million working-age population in Kazakhstan is engaged in ensuring security. By the way, a little more is employed in the manufacturing sector of Kazakhstan.
We seem to overpay
We must not forget about the budget. Security systems are always expensive, that's a fact. And Kazakhstan is no exception. The budget of the entire justice system, including the police, prosecutors and all other law enforcement authorities, is 730 billion tenge, or about 2 billion U.S. dollars. The budget of the Ministry of Defense is 301 billion tenge, or 780 million U.S. dollars. If we add to them the funds allocated to the defense of other government agencies, the total amount is well beyond a billion U.S. dollars. In general, the defense budget is equal to the budget of the entire justice system. That is, we spend about 4 billion U.S. dollars a year on security in general.

At the same time, the security sector is a complex ecosystem, in which, according to the old Soviet habit, there are not only employees themselves, but also an arsenal, infrastructure, and its own healthcare and education system. The defense sector also multiplies its costs.

So, in the case of the military depots of the town of Arys, we have all received a clear example of the fact that, in addition to human resources, purchased military equipment and uniforms, resources are also needed to destroy the military arsenal.

Unlike any other state machine, in a world of peace, the defense sector does not bring any tangible benefits visible to all citizens. For example, when we build schools, we get a more educated population. When we allocate money for sports, people improve their health. Regarding defense, in the eyes of citizens, there is only one quite illusory benefit - the growing up of the male population, who passes through the army.
It is time for a change
From the point of view of management, the security system always consists of complex schemes. Since both the Ministry of Internal Affairs and the Ministry of Defense are huge conglomerates, decision making process takes a very long time. Decisions are approved not only with managers in the “control chain”, but also with security services, other government agencies, and so on. And no matter how hard you try, this scheme is always too slow to respond. At the same time, in the security issues, promptness is key for customers.

In the security sector, thanks to a well-functioning meritocracy system, there are almost no outside managers coming in. And this means that, in addition to its sluggishness, the system is “protected” from reforms by the staff loyal to the current system, and such staff responds to any proposal in the following way: this has always been this way and worked well.

In case of failure of reforms, the risks are high. The fundamental nature of security cannot be surpassed by anything. This is precisely what the retrogrades in the system use, intimidating threats to nationalsecurity, forgetting that despite the axiomatic nature of Maslow's theory, this theory is not applicable to the state, especially in the modern world.

We mistakenly think that the authorities ensuring security are unshakable, that in their absence or a radical reform, not only normal life will fall, but also statehood. However, the army was a sign of statehood only in Soviet textbooks on state and law. In modern realities, both the police and the army most often perform a control function, the absence of which can be successfully replaced by “substitute goods”. It is not only expensive, but also pointless to maintain a large or even any army, for example, in Kazakhstan in conditions when there are unequal neighboring countries around. After all, the rejection of nuclear weapons happened for the same reason.

The numerous functions of the Ministry of Internal Affairs could also be reduced. It would be possible – provided the true political will and the presence of a mission within the system itself.

Most of the control and supervisory functions of the security system have a similar nature – they are not vital for society. However, either high-level reformers, whose whole system of values is structured differently, or those who are given carte blanche for reform and set the task of obtaining a specific result, will be able to understand and realize the depth of such a new approach. But it seems that there are neither the first nor the second yet.

Just as it is difficult to decide which apples to catch first, when ripe apples are banging on the roof of the own house, it is difficult for Kazakhstani strategists now to prioritize the problems for solving.
All