Five drivers of transparency in the banking sector 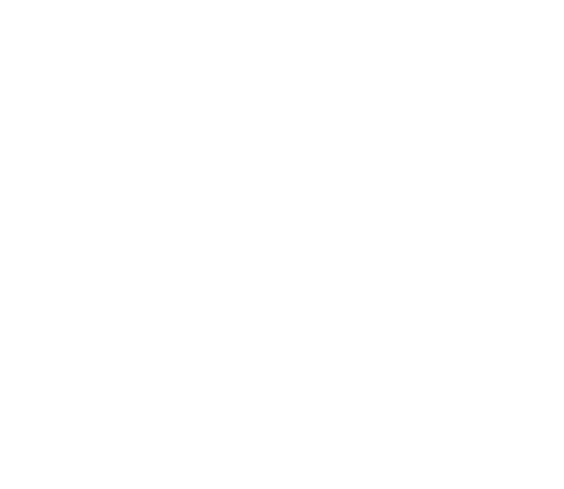 In the previous article we described the evolution of the banking system, its risks, sources and consequences of mistrust towards banks. Overall, the non-transparency cost is $26.5 billion – this amount was injected into banks to keep them afloat. However, there is an opportunity to do everything possible in the future to avoid repeating mistakes of the past.

Before introducing the drivers, I would like to remind that Kazakhstan ranks 55th out of 141 countries according to the Global Competitiveness Index 2018-2019 . It ranks 104th as for the competitiveness index of the financial system and ranks 121st as for bank financial stability index. It is worth noting that the latter indicator is based on the survey results of business owners and senior management which demonstrates the low level of trust of business in domestic banks. Hong Kong, the US, Finland, Singapore and the UK remain global financial leaders. If we track the dynamics, the banking sector in Kazakhstan stagnates and without any decisive action is unlikely to change anything.
High-level healthy competition in the market
Everyone understands that competition increases the efficiency of the market, stimulates its participants to improve business models, apply innovative solutions and satisfy fully consumers' requests.

1. Competition between banks and the stock market
In Kazakhstan, 32% of bank loans are the main source of entrepreneurs' funds versus 1% of the stock market share (own funds - 38%, foreign investments and loans - 29%) . In fact, the stock market is dead, on the other hand, the owners of capital find objects of investment without a stock exchange. This has reduced the market capacity to some extent, but so far, self financing is almost comparable to the volume of crediting. Of course, when the law comes into force, alternatives to raising money through stock exchanges will be popular.

2. Competition between Kazakhstani banks.
At the moment, the main source of financing of Kazakhstani banks is customers' deposits, which proportion in the liabilities of banks increased from 44% in 2009 to 75% in 2019. At the same time, 5 of the 28 banks hold 66% of customer deposits . It is clear that Kazakhstan's banking sector tends to oligopoly. 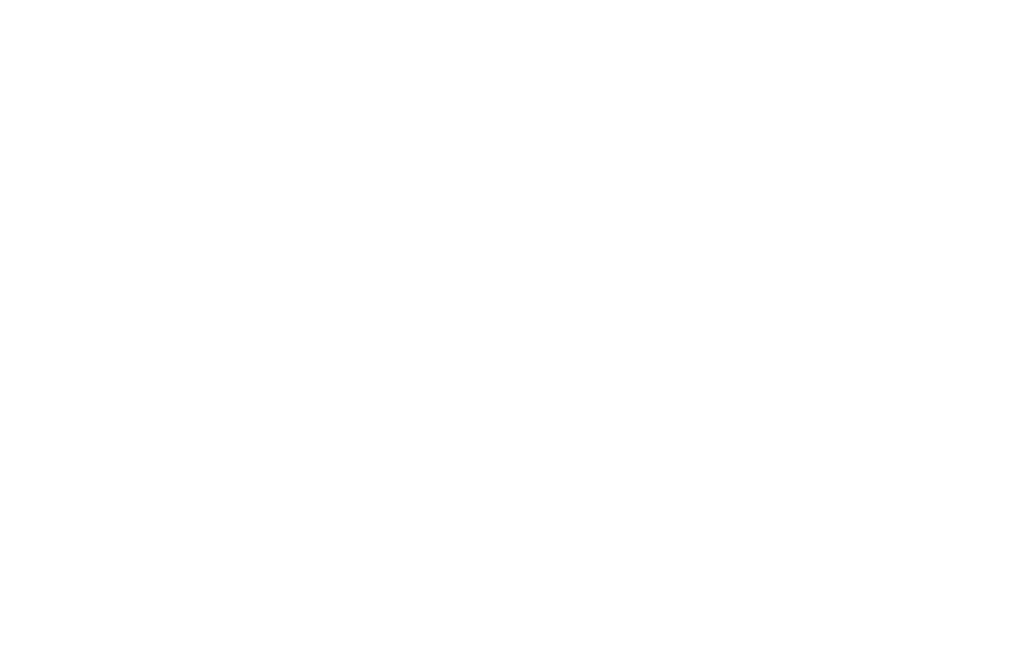 It is rather difficult to say that oligopoly is worse than the competition of many players, especially under the condition of Kazakhstan where large banks can very effectively fight for customers and competition may come at the cost of bank stability. Generally speaking, oligopoly in the absence of affiliation means that large banks are relatively stronger and more efficient, it is easier for the central bank to control them. However, in the case of oligopoly, the risk of system collapse and aging of enterprise model will increase naturally.

3. Competition between Kazakhstani banks and subsidiaries of foreign banks in Kazakhstan

Kazakhstan has 14 foreign banks, including 12 subsidiaries. Over the past three years, their share of total customer deposits has increased from 15% to 20%. Including the share of Russian banks which was 12% (SB Sberbank JSC — 9%) and Chinese — 4%. This indicates a gradual increase in trust in foreign banks.
The main barriers for foreign banks to enter the market in Kazakhstan are obtaining a bank license, a threshold on parent company's assets and exchange risks. However, it is expected that by 2021 the five-year transition period for the entry into force of WTO rules in Kazakhstan's financial sector will be over. As a result, foreign banks and insurance organizations with at least 20 billion USD in parent bank assets will be allowed to establish direct branches with a limitation for the minimum size of deposits attracted from the population. This liberalization of the financial services market may lead to a greater competition, thus improving the quality standards of financial services.
Independent supervision by the central bank
Over the past five years, the National Bank of Kazakhstan received a large portion of negative from the population which significantly affected the trust in it. According to a social survey , nearly half of population in developed countries places confidence in or is satisfied with the work of financial regulators (42% in the UK, 42 % on average in the European Union, 44% in Japan, 48% in the USA).

There are, of course, problems and shortcomings around the world, however it is important to response timely and effectively. Developed countries pay special attention to the independence and transparency of supervisory bodies. While it can be observed that Kazakhstan regulator is dependent on other state bodies, there are also weak channels of communication with the population.

In 2019, Monetary Authority of Singapore (MAS) received the “Best Central Bank in the World” award. According to its head Ravi Menon, “over the last 40 years the authorities have never put pressure on MAS: neither they tried to weaken monetary policy, nor they tried to license the bank or cancel a license or anything else. " As part of the integrated financial supervision, MAS promotes the health sector of financial services through prudential supervision of all financial institutions. Central Banking particularly notes “the improvement of MAS supervisory and regulatory practices and its willingness to contribute to the development of new technologies”.
Development of financial technology
New technologies are actually changing the entire financial industry. The ways financial institutions provide services, operational efficiency and competitiveness are improving.

Thus, blockchain technology helps to speed up operations, eliminating “distrust” when conducting banking operations. In blockchain transactions, all parties are connected on the platform, updates occur instantly and there is no possibility of changing already recorded data. For example, in May 2018, HSBC Bank already issued a letter of credit on the blockchain platform and stated that the data exchange is carried out in 24 hours, compared to the five to ten days usually required for such operations .

Another element of the digital financial infrastructure that helps to make the banking system more transparent is Open API. This is a universal interface for IT companies, through which the developers can connect to the second-tier bank and interact with the data available to them. This allows a person to manage their own money in different banks through an application. Open API is already partially implemented in Kazakhstan, but additional changes to the regulations are still required. Active implementation is expected from 2020. At the same time, since January 13, 2018 9 largest banks in the UK that hold about 80-90% of accounts of individuals have become obliged to apply the Open API .

However, the adoption of new technologies is often only part of the solution to the existing problems of bank sustainability. The main challenge for most banks is to achieve organizational flexibility. This requires changing approaches to human resources management and building strategic partnerships to make decisions beneficial to customers within a broader stakeholder ecosystem.
Improvement of bank corporate management
According to the best practices currently existing in OECD member countries, independent directors shall not have any relationship with executive management at their previous place of work, have any significant business relationship, receive additional remuneration from them, and shall not be associated with management representatives in close family connection or cross - membership in the boards of directors of other companies. In addition, national corporate governance codes existing in more than one third of OECD member countries, including countries with a two-tier system, also stipulate independence of independent directors from controlling shareholders .

Adherence to these principles is seen as a guarantee to achieving financial and economic stability, improving efficiency, creating corporate integrity, promoting entrepreneurship, and long-term investment.

Almost all these principles are reflected in the laws of the Republic of Kazakhstan “On Joint Stock Companies” and “On Banks and Banking Activities in the Republic of Kazakhstan”, but in fact there are ways to bypass them. Thus, it is necessary to complete renewal of the board and board of directors in some Kazakhstani banks, including independent directors that in some cases still exist only formally.
Financial literacy of the population
Today, the sensitivity to transparency of banks in Kazakhstan is shown mainly by depositors, whose deposit amount exceeds 10 million tenge, that is, the volume insured by Kazakhstan Deposit Guarantee Fund. Other depositors respond only when there is negative information in the media or social networks. On the other hand, financial literacy should not be considered as a panacea – each person has their own specialization and life circumstances that do not allow a person to fully understand the twists of the financial sector. Moreover, there may be an illusion of professionalism when a person has read one book and believes that he has already understood how the banking system works.

People's financial literacy is determined by their understanding of the simple operations and mechanisms they face daily. According to Standard & Poor's study , the level of financial literacy of adults in Kazakhstan is 40%, which is higher than in other CIS countries but lower than in developed countries (on average 55 per cent). 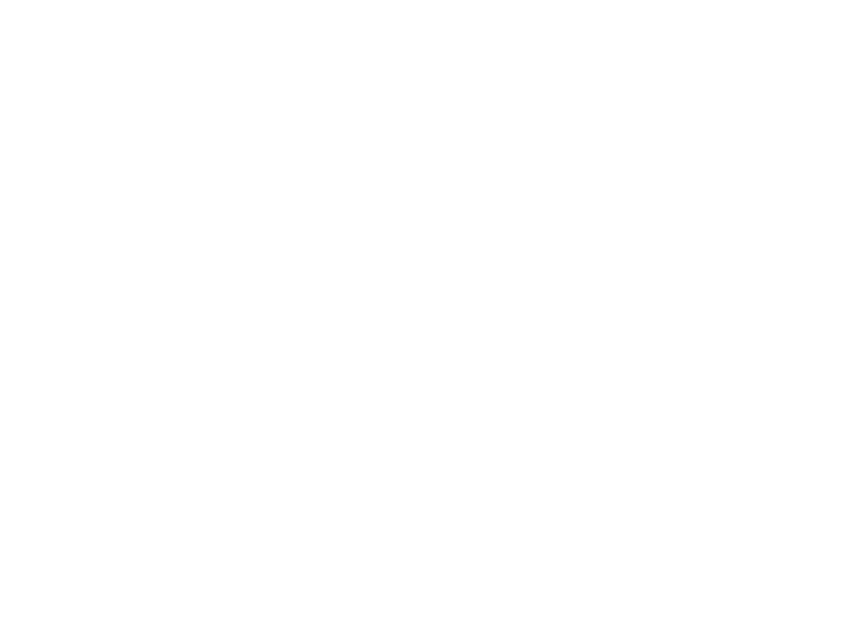 The growth of financial literacy of the population will increase the demand for transparency of banking activities, thereby contributing to healthy competition. At the same time, according to foreign experience, financial literacy education should be started from schools with an explanation of the features of long-term planning.
Is there life after 2021?
There has been an increasing number of "sudden" defaults by Kazakhstani banks over the past decade, raising doubts about the true sustainability of existing banks and the reports they have published. But the population tries by force habit to bring money to the five largest banks, and the rest of them fight for the trust of the client in all possible ways. Although, the most qualified depositors are willing to deposit their money in foreign banks even if it is much more complicated than deposits in local banks.

However, given the expected simplification of entry of foreign banks into the Kazakhstan market in 2021, competition in the banking sector may increase. Having received the choice, it may happen people will make it in favor of a foreign bank. Local banks still have time to improve the existing business model and actively adopt financial technology and improve compliance with corporate governance standards and transparency of activities. If this is done wisely, then we can say that they will live after 2021.
Источники:
All